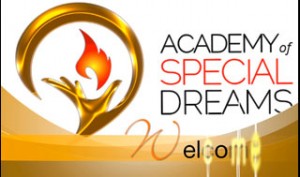 The Academy will sponsor the premiere of a web-based international short film festival every year which will screen for the first time the works of adults with special needs to nurture existing and emerging creative talent. The festival will be open to all special needs communities. The winning entries will be featured on the Academy’s website so that these works can be enjoyed year-round by everyone.

Jenithursday Miller was given the name by both of my parents, who choose two name and put them together .Jeni chosen by my mother after her twin sister’s name and thursday chosen by my father after is favorite day. Some people mislead the thursday part of my name to be the day I was born. But, I was really born on Friday .I was born in Pasadena,CA and raised in Alhambra,Ca, to an fashion designer Jeannette M. Miller and Monticello Miller, a painter. Growing up in Alhambra as a kid was very awkward because of the fact that my parents were the only bohemians couple in the neighborhood. I was raise in a community where it is predominately foreigners from china, who were getting accustom to the American culture. As I attended elementary school, I was bullied for my name and my origin of being Mexican-Puerto Rican American and my parent’s profession Particularly, my Mother being a fashion designer. The other children mistaken My Mother profession as something that was necessary within my household due to our lack of funds. Indeed, this was not the case. Through, this situation I discovered that creativity doesn’t have to be express through canvas and paint like my father’s profession . But, could be express through a sewing machine and fabrics and to embrace my bohemians side .
My academic life change when in second grade, I was diagnose with a learning disability. Years of extensive testing, still to this day we are unable to find the name of my learning disability because there wasn’t been extensive research on my particular learning disability.
I would strangle five days a week at school trying to over came my learning disability than on the weekends my parents would rent movies rentals from an entertainment rental store by my house. I fall in love with the art form of film. what allow me was the anticipation of getting lost in to the visual element of the movies and helping me relax from the hard days of school, and the camera angles. I am a visual and auditory person, With cinematography it allows me to be the visual and auditory person that I am.
Once I attended Alhambra high school I joined the Film Society , a club and took a Digital film class where I learned how to film and edit my short films. I created friendships with others teenagers , who had the some creativity like me. while attending Alhambra high school my freshman year, my parents divorced. felt extremely relieved that my parents had a divorce . But, I experience losing my house and being forced to live with family members for a long point of time . During this time I was able to find a comedic side of me that I never discovered before. This inspired me to tryout for Comedy Sports, a impro. group at Alhambra High School. After, getting accepted. I get more devoted to the art of film by making short films for student projects and cooperated my comedic skills into my films. In 2008, I was able to experience hosting the 7Th Annual Xanadu film festival created by the Film Society. After my senior year, I plan to attend Santa Monica college .I Hope to transfer to UCLA majoring in cinematography.