Welcome Alan Cheng. I have an artificial diaphragm on my chest. 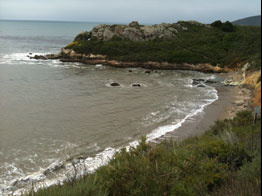 Hi, everyone!! My name is Alan Cheng, and I was born at the Garfield Medical Center on October 5th, 1986, and due to diaphragmatic hernia, my left lung did not develop, and I was also dying.

I was rushed over to Children’s Hospital in Los Angeles to put in artificial diaphragm on the left side of my chest. My right lung did not respond to respirator and oxygen, and the doctors at Children’s Hospital sent me over to the Huntington Memorial Hospital to get a second operation to hook my blood vessels up to a machine called “ECMO”. I stayed on ECMO for 7 days, and the doctors have said that it might affect the way that my brain functions when I grow up.

Later on, I was sent from the Huntington Memorial Hospital, back over to Children’s Hospital, and the doctors placed a G-tube for direct feeding to my stomach, because I lost the reflex and ability of having to take food by mouth. In January of 1987, I was discharged from Children’s Hospital and received 24 ho urs of nursing service and oxygen supply. In the summer of that year, due to high level of carbon dioxide in my blood, I was placed in a thing called a “Negative Ventilator” as I’d sleep to help get more oxygen, and I used the machine for 2 years.

Between the months of November 1988 to February 1991, I was hospitalized twice for severe diarrhea and pneumonia. By February of 1992, I fell over while riding a bike at school during recess and surgery was performed on the joint of my left and right leg.

In June of 1994, the doctors performed surgery to close the G-tube, and I was finally able to take food by mouth at last. In December of 2001, I had to wear a corrective brace for my back for at least 1 year and 1 month in order to correct the growth of my spinal cord and vertebrae.

As of now, I’m improving, but my learning ability is limited. I can’t do too much in physical activities, but as of now, I’m living my life in the present day as someone who looks normal, and I guess that’s pretty safe to say that I’m doing ok!! Wouldn’t you think so?!!